I usually come to Ruth in weddings—that declaration of fealty that Ruth makes to Naomi at the end of today’s passage works well in the ceremony, an example of the kind of devotion that a couple are to have for each other throughout their lives (I use the ‘old-fashioned’ version for weddings):
Entreat me not to leave you,
Or to turn back from following after you;
For wherever you go, I will go;
And wherever you lodge, I will lodge;
Your people shall be my people,
And your God, my God. (Ruth 1:16, NKJV)

However, we would quite amiss to think that this is merely a passage about family commitment. This is a passage about change, movement, crossing borders. This is the beginning of yet another chapter in the story of the people of God and the coming Messiah.

An Israelite moving to Moab is about like a Georgian moving to Alabama—an act of last resort. The Moabites were despised and their land avoided. Moab was a land, a kingdom located east-south-east of the Dead Sea, at the edge of the Arabian desert. How they had more food than Israel is a curious thing. No matter—Elimelek took his family where he thought best…or, perhaps, where he was prompted to go. We don’t know because the Scriptures don’t say anything more than that they were escaping the drought.

What we do know is that this family (dad, mom, and two boys) traveled 100 miles or more overland—in a day before cars, buses, or trains. They crossed borders—political and geographical—and boundaries to get to a place where they could eat, live, raise a family.

Here in the Rio Grande Valley of south Texas where my wife and I live, this story is lived out 100 times over--probably more--every day as immigrants cross our southern border seeking work or safety, wanting to reunite with family, looking for opportunities to realize dreams.

We don’t judge Elimelek and his family for making their journey. We don’t cry ‘foul!’ for their decision to save their family and homeland under these circumstances. We accept that they are doing what they need to do to stay alive. Were we to stand in Elimelek’s shoes, we would do the same—whatever was necessary to keep the family alive. This is not a new story for the people of God—moving, crossing borders. Long before Elimelek, the people of God, the children of Abraham, had to leave the ‘Promised Land’ to find food as Jacob moved his family to Egypt during a time of famine. For that matter, famine is not a rare occurrence in Biblical times—there are no less than 11 famines recorded in the Old Testament, and over 80 references to ‘famine.’ Also, in the prophets, the great of fear of the people, or the great cause of death, is usually “sword or famine,” violence and starvation (see Jer. 5:12). Famine was a very real thing. The journey was a very necessary thing…if they were to live.

Not only did the family of Elimelek make the journey to a new land, they settled in the new land of Moab. They settled more than simply in the sense of purchasing land or a house. They threw in their lot with these people…and they were accepted by these people. They accepted and were accepted by this new world: Their sons married local women. In fact, they were so settled, it seems that there were no plans of going back to Israel.

But, life does not roll according to our plans. Elimelek died, and the sons died. Still, Elimelek's wife, Naomi, did not plan to go back to Israel. But, she got word that the "land of milk and honey" was again flowing with milk and honey. There was food back ‘home,’ and lots of it. So, with nothing to lose and everything to gain, Naomi decided it was time to return to Israel.

But what to do with these daughters-in-law? The only right thing to do would be NOT to uproot them from the only land and language and culture they have known. Naomi frees the girls from any obligation, releases them to return to their families, their people, with the hope that they’ll find new husbands and live their lives. But, Ruth is not having it.

We don’t know if Ruth has no family to return to. Perhaps her family is not a good family. Or, maybe she so loves Naomi that she is willing to face the uncertainties of a new land and life to be with her. Maybe she so loved her husband that she wants to remain with this family…this family of one. Ruth commits herself to Naomi...and begins the journey to a new world, crossing boundaries and borders to build a new life in a new land.

Ruth eventually becomes one of those in the grand genealogy of Jesus. We find her in Matthew’s gospel (1:5)—one of just four women mentioned in Jesus’ family tree. Her willingness to uproot and move to a new land ensured her a place in the great story of our faith. Her willingness to marry an outsider (Elimelek's son), or her willingness to make an ‘outsider’ accepted, began her part in this story. And, then she finds a new husband--a man of Israel who is willing to marry an 'outsider.' When you have a chance—this afternoon or one day this week—take a few minutes and read the brief story of Ruth. It’s a story of love and faith and family.

For us, Ruth reminds us of the importance of being willing to cross borders. Will Willimon says that crossing borders is the very definition of ‘mission’—whether the borders be political, geographical, cultural, psychological, or sociological. When we cross borders with the Good News of Jesus, we are engaged in mission. Ruth crossed borders based on faith, on her confidence in Naomi and the stories Naomi had told her of the ‘land of milk and honey.’ This is a story about 'outsiders' and the acceptance of them. Are we willing to cross borders to reach people in need? Are we even willing to say to Jesus those simple yet powerful words of fealty: “Where you go I will go, and where you stay I will stay. Your people will be my people and your God my God….” Will we go where Jesus goes? Will we stay where Jesus stays? Will we make those who are not ‘our people’ to be ‘our people’? Are there 'outsiders' in our communities, in our congregations, hoping to be allowed in, to be accepted? Ruth seems to demand that we attend to these questions. 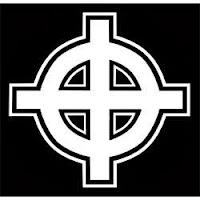 Posted by Wilderness Wonderings at 10:11 PM